Less Jane and Blanche, more Bette and Joan: how to improve Sales and Marketing alignment 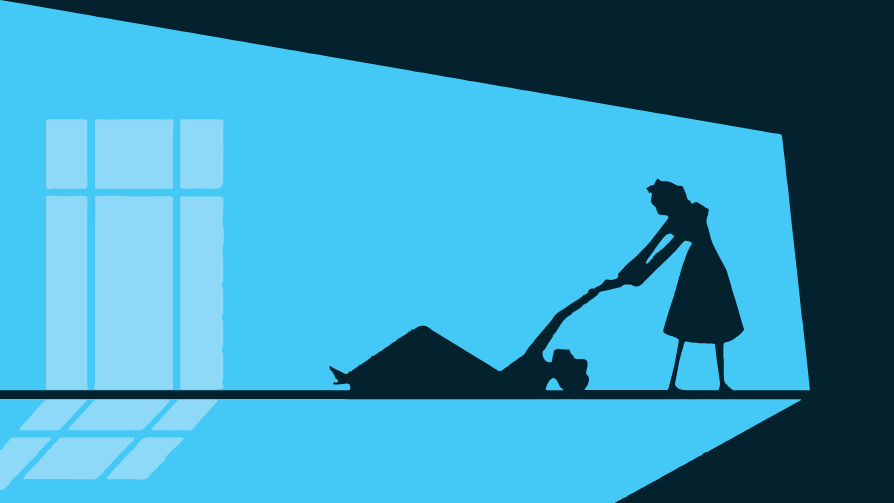 Much has been said about the importance of improving Sales and Marketing alignment, but there are apparently still those who haven’t gotten the memo. According to the recently released State of Inbound report by HubSpot, a quarter of businesses out there are still describing their Sales and Marketing departments as ‘rarely aligned’ or ‘misaligned’, with just 22% describing themselves as tightly aligned. So crucial is Sales and Marketing alignment, it even has its own delightful portmanteau: smarketing. While this admittedly sounds like a term that describes being pelted with rotten produce, you should not be so quick to scoff, as it could mean up to two times more revenue for your business.

Think of Bette Davis and Joan Crawford (has anyone else been watching Feud?). Though their rivalry was legendary, they realised that if they were to survive in the cutthroat world of Hollywood, they had to work together, or risk sinking into obscurity. With their combined star power, the psychological thriller What Ever Happened to Baby Jane? became a runaway hit, defying everyone’s expectations.

Well, not so much ‘break’ as have them join forces. By integrating your CRM and marketing automation systems, you can demystify what the ‘other side’ is up to, and generate a full picture of the buyer’s journey. Leads are no longer needlessly duplicated, nor do they disappear into a black hole after you have passed them to Sales – you can see exactly what steps have been taken and where they’re at in the funnel at a glance.

For example, you can have the added benefit of these functions:

It also facilitates closed-loop reporting, and ensures everyone has access to the same data – Sales can see exactly how many marketing-qualified leads (MQLs) were generated this month, and Marketing can see which of those MQLs became paying customers. Everyone becomes accountable for their own actions. After all, it’s pretty hard to argue with numbers.

This shared intelligence means the departments can easily assess what is working and what isn’t, and come together to form solutions.

Break away from the status quo

Traditionally you have Sales on one hand chasing monthly quotas, while Marketing on the other is concentrating on the number of leads they are bringing in. One simple way to align Sales and Marketing is to have them working towards the same goal – bringing money into the business.

Just like Sales, Marketing should be looking at everything they do through the lens of revenue generation – exactly what impact do your actions have on the bottom line?

Though ROI can be difficult for marketers to pin down, it becomes much easier if your systems are integrated.

Break on through to the other side

If the distinction between Sales and Marketing were somewhat blurred, you might feel less of an us-versus-them mentality.

Consider creating a role that straddles the two departments, such as:

You could even initiate a talent program that encourages team members to move from Marketing to Sales and vice versa. A better understanding of the challenges each department faces makes everyone feel more inclined to help each other.

As corny as it sounds, having an effective alignment boils down to trust. And trust can be brokered simply by opening up more lines of communication.

And don’t be afraid to encourage your teams to socialise in a more casual setting – organise events like lunches or after-work drinks; suggest that your colleagues form a team and join a sports league; and celebrate any wins as a group. You’ll be surprised how quickly the intel and ideas begin to flow.

The end-goal should be to develop and implement a service level agreement (SLA) – an official contract that contains agreed-upon definitions and expectations. The cold, hard numbers in HubSpot’s State of Inbound report clearly show the benefits:

A great start to setting up an SLA would be to sit down with Sales to come up with a strong definition of a MQL. Then, together, decide how many MQLs Marketing will deliver to Sales, and how quickly and attentively Sales will follow up on these leads.

Though the road towards implementing an SLA can be long and fraught with difficulties, the payoff is worth it – and, in the meantime, you can use some of the tips mentioned here to help bridge the divide. Your bottom line will thank you.

The last thing you want is your Sales and Marketing teams emulating sisters Jane and Blanche, in What Ever Happened to Baby Jane?, whose resentments towards each other were so great they eventually tore each other apart.

Instead, try to channel Bette and Joan, two classy broads who showed that even the fiercest rivals can put aside their differences to create something great.

Marketing automation can help enormously with Sales and Marketing alignment. If you’re feeling unsure about which platform is right for your business, download our 10-Step Guide to Choosing the Right Marketing Automation Platform today.

By Andrea Hoymann in Strategy and planning, MarTech on May 24, 2017

Extend the olive branch -- how to generate better leads for Sales

By Andrea Hoymann in Strategy and planning, MarTech on May 24, 2017