Demystifying the latest Google algorithm updates, and their impact on your content marketing 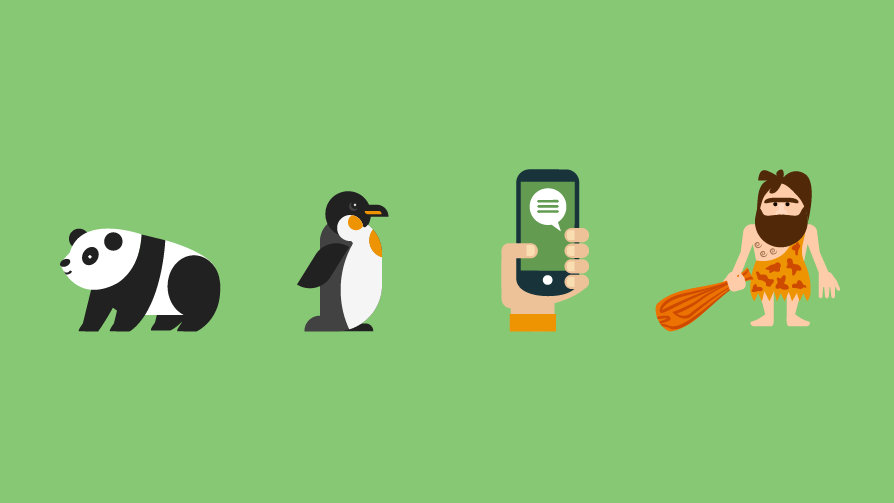 Ah, Google, that wily so-and-so. It seems like as soon as you’ve got your search engine optimisation (SEO) tactics down pat, they release yet another update to their search algorithms. But just what do these Google updates mean for your content marketing?

Here’s the bad news: Google changes its search algorithm around 500–600 times a year, which makes staying on top of the changes a Sisyphean-like task (Sisyphus being the Greek king who was punished by being forced to push a boulder up a hill for eternity).

Here’s the good news: most of these changes are pretty minor, and are intended to provide higher-quality search results for users, whether that’s by promoting great content, or more rewarding faster and more user-friendly sites. So if you’re focused on providing an awesome experience for your users (and not dabbling in dubious tactics like link farming or keyword stuffing), odds are these changes aren’t going to affect you too much – in fact, they might even give you a nice page ranking boost.

Of course, every now and again Google releases a major update that get everyone hopping up and down, and frantically fixing or removing ‘bad’ pages from their sites. Our advice? Keep calm and carry on – at least until you’re sure what effect the update has actually had on your site.

Here is a brief history of Google’s most recent major updates, and what they mean for your content marketing.

First rolled out in February 2011, with the latest update in July 2015, Panda, in a nutshell, aims to give high-quality sites a boost while also devaluing low-quality, or “thin” sites, particularly content farms. 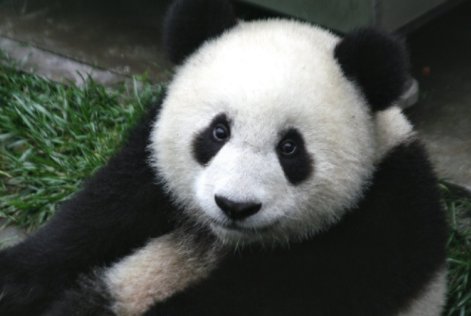 (OK, so it’s not strictly relevant -- but how could I pass up the opportunity to include a cute pic?!)

In order to help web developers “step into the Google mindset” and improve their page rankings, Google released a series of 23 questions people should ask themselves when trying to determine the quality of their site. Some of these questions include:

If you’ve been posting “thin content” – that is, shallow blog posts or articles that don’t provide much interesting and/or useful information to the user – then you will likely have been penalised for this.

Simply removing these pages from your site might seem like an easy fix; however, this might actually hurt more than it helps. Rather, says Google’s webmaster trends analyst Gary Illyes, work on improving your content, rather than removing it.

Penguin was first announced in April 2012, and was last updated in October 2016. This update was initially aimed at decreasing the ranking of pages using “link schemes” to artificially boost their rankings, by manipulating the number of links pointing to the site. 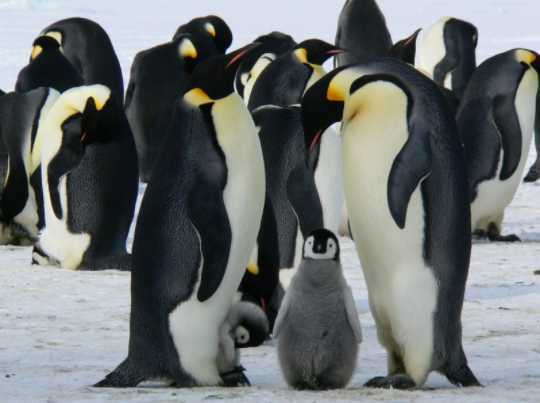 However, in later updates, Penguin has become less punitive, no longer penalising these tactics, but ignoring any bad links (so they no longer count towards the page’s ranking). It’s also become more granular, so it only affects the ranking of certain pages, rather than the entire website.

Penguin also includes a “Page Layout Algorithm Update”, which targets websites that put too many ads at the top of the page (or “above the fold”), making it difficult for the user to find the content they’re after.

Avoid populating your content with “unnatural links”, which is basically any link that doesn’t serve an editorial purpose. As a rule of thumb, if that link is not there to provide additional information that might be useful to your reader, get rid of it.

Also, be aware of how your pages are laid out, and make sure the key information is located above the fold. If users are having to work too hard to find the content that they want, this could be hurting your ranking.

In highly unusual fashion, Google actually pre-announced an algorithm update in February 2015, proclaiming that mobile-friendly sites would now be ranked higher. While this news initially caused some degree of hysteria (hence the coining of the term “Mobilegeddon”), when the algorithm was eventually rolled out in April that year, the effects were perhaps a bit less dramatic than everyone had anticipated.

Nevertheless, Google have since continued to make updates to its algorithms that rank the mobile-friendliness of sites.

In January 2017, an update intended to penalise the use of pop-up ads and intrusive interstitials on mobile sites was released.

And in March 2018, Google rolled out mobile-first indexing, meaning that rather than indexing using content from the desktop version, as it previously did, it now prefers to index from the mobile version. 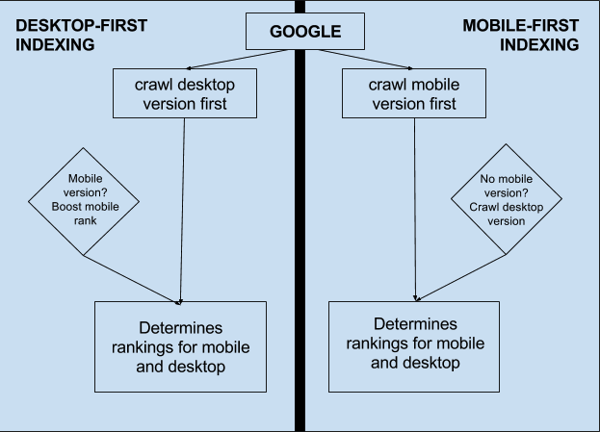 Seeing as people now spend more time on their mobile devices than they do on desktops, if your site hasn’t yet been configured to be mobile-friendly, then you need to get onto that immediately, if not sooner!

Be sure to also test your site regularly on a mobile device (or, better yet, several mobile devices) to see first-hand what your users are experiencing.

Is there an intrusive interstitial, such as a call to sign up for a newsletter or download an ebook, popping up and filling the entire screen? Do users have to scroll a long way to get to the important information?

Anything you can do to improve the user experience on your mobile site will likely benefit your SEO too.

Mobile-first indexing is likely not going to affect you too much if you’re using responsive web design, as the content on both sites should be the same.

However, if the mobile and desktop versions of your website are different, then this might cause issues.

Say, for example, you decided to reduce the amount of content on your mobile website because you didn’t think users wanted to scroll through all that text on their smartphones – you may have inadvertently deleted some important ranking signals, causing both your desktop and mobile rankings to drop. 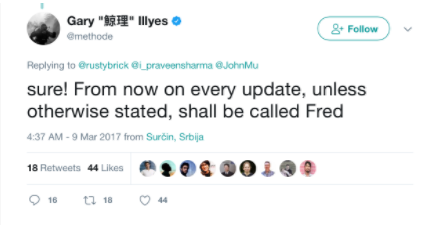 The name has stuck.

Since then, “Fred” has become a catch-all name for any quality-related algorithm update(s) related to site quality that Google does not otherwise identify – and that is basically all the updates Google has performed since (and, remember, Google performs two to three algorithm updates every single day).

Google has remained tight-lipped about updates or refreshes of Fred, refusing to divulge what they targeted and/or what might help your ranking should you find it dropping (and by all indications this will be the case going forward).

However, looking at sites that have been heavily penalised seems to suggest the updates are largely hitting out at sites that are specifically geared towards generating revenue, rather than providing users with value.

According to analysts, websites that experienced a 50–90% drop in ranking had one or more of the following attributes:

If you’ve decided to place a lot of ads on your site, you may want to seriously think about scaling back. It might seem like a quick and easy way to earn some extra cash, but the truth is you’re hurting the value of your site in the long run.

Be aware of where ads are placed as well, and make sure they’re not interfering with the content. Again, it’s all about creating a good user experience.

Major Google algorithm updates can seem like a big deal (particularly when they’re spoken about in apocalyptic terms). But, in the end, all these updates are simply about giving users the best, most helpful results in the shortest possible time.

In fact, Google wants you to create the best websites possible – that’s why they published their Webmaster Guidelines online, which lay out all the best practices for creating a high-ranking website.

And if that’s TL;DR, then focus on the principles of EAT:

So if you find your page has dropped in the rankings, don’t think of it as Google punishing you. Think of it, instead, as Google presenting you with an opportunity to provide your users with even more value.

Your users – and Google – will thank you.

Demand generation: what, why and how?