4 steps to creating marketing videos as a team 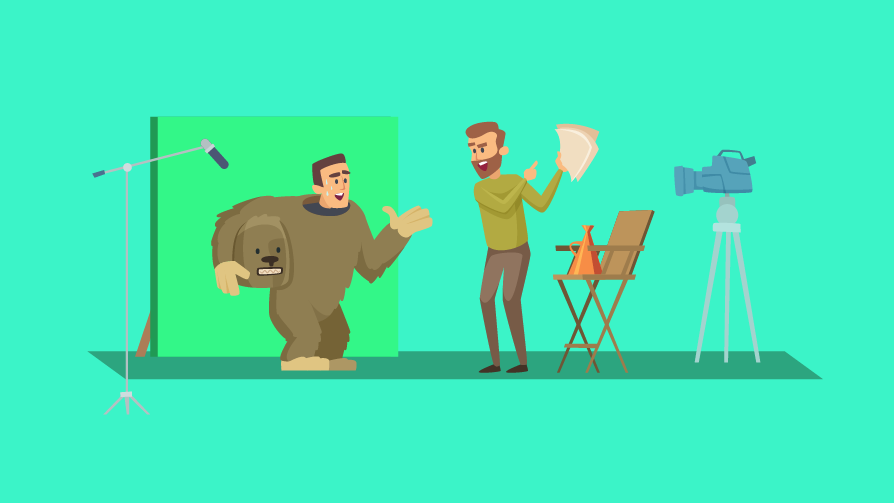 If you haven’t already heard, videos are an essential part of marketing today. Videos are so pervasive in the online environment now it’s not hard to believe that 80% of all consumer internet traffic will be video traffic by 2020.

It’s not hard to understand why some people say video is the most engaging type of content you can produce. But in reality (and this is true of many companies we know), producing video content is not the easiest thing to do.

This can come down to any number of reasons – high costs, time required to put a storyboard together, lack of video editing skills or experience, getting participation from people without ruffling too many feathers, finding the right location, getting approvals, making sure the piece is done by a certain time – the list is endless – if you want it to be.

So when it came to producing our own People and Culture video, we thought it was the perfect chance to test out a four-step approach we’d developed about, one that would ensure we could get the job done without:

Here’s what the outcome of that was:

And here’s what we did to get there.

Video is at the top of the virtual food chain because it’s an experience that combines auditory and visual sense – studies have shown that the average viewer remembers 95% of a message when watching it on video.

Since the goal of every video we make is to maximise the impact of our messages (and the time our viewers give us), the first step was to get the story together. It needed to be:

Since two heads heads are better than one, we decided to get all 12 of us in the room to get 6x the brainstorming power.

We discussed what we liked about working at Brand chemistry, what we thought was the essence of the agency, and how to tell the story in a way that exemplified our values, and most importantly, involved everyone.

After two sessions of collective idea-sharing, we ended up with a roughly drawn up storyboard, and a good understanding of who would be involved in which parts.

Tips to help the creative process

2 . Writing the script: with the end in mind

With shortening attention spans, and studies showing that the engagement levels of video viewers will drop off after the two-minute mark, we knew we wanted to keep our video short. So we worked with an end-in-mind approach when we started writing the video script.

What does this approach mean?

Again, we did this as a team, and that resulted in a concise script that was organised, conversational, and clearly showed how it would lead to our call-to-action at the end.

Tips to get the right script done right, quickly

Having decided on a part-human, part-doggie cast (the humans being us ;), our next task was to source the e dog talent.

Because the actions that we wanted the dogs to perform were not overly complicated, we didn’t recruit dog actors. Instead, we decided to keep it lean, and enlisted the help of the doggy mummies and daddies among us, as well as their friends.

But we couldn’t just recruit any dog. We knew we needed dogs that are:

Time is money, as they say. So to make sure we were staying within allocated budgets (and also not neglecting our own tasks), we needed to avoid spending too much time on the filming, and the key to that was to be as organised as possible before shoot day.

And there you have it, our tips for putting together a marketing video in-house, as a team.

We did this during office hours – bar a half-day of shooting on a Saturday morning – without causing too much interruption to our individual work commitments while keeping our budget pretty lean. The entire video was completed in 10 days.

If you’re still unsure about whether you can create your own videos in-house, we’d love to help.

Our approach to creating an inbound solution includes helping you understand what role video should play in your marketing strategy, and how to execute a plan to get consistent, concise and compelling video content.

Contact us today, or check out our 7-step checklist to choosing your inbound agency.

Brand chemistry creates brilliant content to get your brand in front of the right people. With lifecycle strategy, whip-smart word wrangling and striking visuals, our content marketing gets you results.

6 key takeaways from the State of Inbound 2018

By Germaine Hendrik in Strategy and planning, Content marketing on July 31, 2018

3 things you need to know about marketing to Generation Z

By Germaine Hendrik in Strategy and planning, Content marketing on July 31, 2018

Top tips for scaling up your marketing team