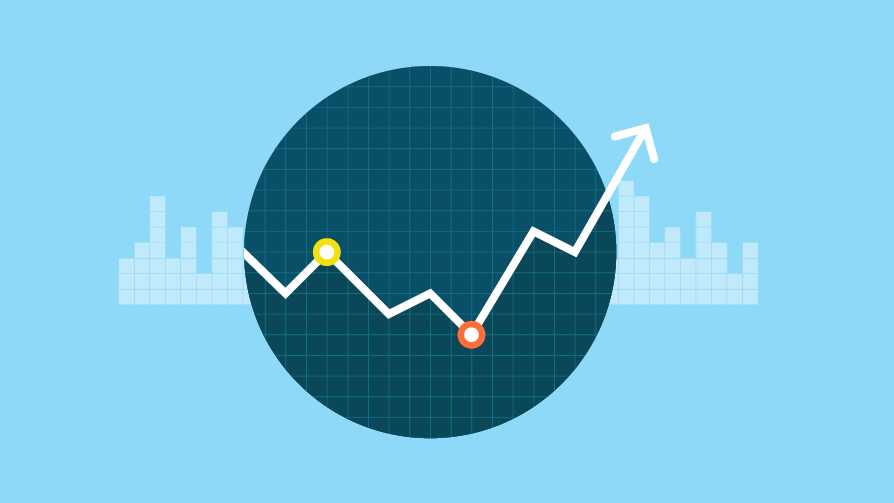 Since the term was coined in 2010, “growth hacking” has become de rigueur, not just for startups but for companies of all sizes, including behemoths like Coca-Cola – so much so, in fact, that some organisations have replaced marketing teams with growth teams.

So now that the dust has settled, is growth hacking really all it’s cracked up to be?

As I mentioned, the term was first coined in 2010 by a man called Sean Ellis. Ellis was pretty well known around the Silicon Valley for being the guy who could help internet startups achieve astounding growth in a relatively short period of time. But when it came time for Ellis to move on and work his magic elsewhere, he ran into a problem: finding someone who could pick up where he left off.

When advertising for replacements, the most sensible thing to look for at the time was marketers. And, funnily enough, that’s exactly what he got. But Ellis quickly realised marketers didn’t have quite the skillset necessary to keep the growth machine churning.

As Ellis wrote in the blog post that launched a thousand job ads, “Find a growth hacker for your startup”:

Typical job descriptions are often laden with generic but seemingly necessary requirements like an ability to establish a strategic marketing plan to achieve corporate objectives, build and manage the marketing team, manage outside vendors, etc.

Generally speaking, the job requirements/skills mentioned above are not paramount for startups in or before the early growth phase.

After product-market fit and an efficient conversion process, the next critical step is finding scalable, repeatable and sustainable ways to grow the business. If you can’t do this, nothing else really matters.

Ellis realised what was needed was what he called a “growth hacker” – someone wholly focused on growth, or, as he puts it, “a person whose true north is growth”. It didn’t matter if the person in question came from a marketing, sales, or engineering background, as long as they had a burning desire to connect the target market with the product by (almost) any means possible.

Thus, the growth hacker was born.

So what exactly do growth hackers do?

Growth hackers take what they know about the product and how it’s distributed, as well as the available technology and data, and combine this knowledge to find new avenues for growth. These new avenues tend to be somewhat “outside of the box”, and may push the bounds of what is expected, or even acceptable.

To be successful, growths hackers need to be:

All of that might sound fairly wishy-washy so far, so let’s look at some concrete examples of growth hacking, starting with:

Hotmail is often considered the perpetrator of one of the earliest growth hacks, though it of course wasn’t called a ‘growth hack’ at the time – it was 1996, after all.

With this hack, they managed to grow their signups by 3000 every day, doubling their user base from 500,000 to a cool 1 million in just 6 months. By the time they sold to Microsoft a year and half after they launched in 1996, they had 12 million users – in other words, every fifth person on the internet at the time had a Hotmail account.

How did they achieve this miraculous growth?

With just 6 words: “Get your free e-mail at Hotmail”.

By inserting this little phrase at the end of every email sent from a Hotmail address, Hotmail found a way to hack into their target audience using a resource freely available to them: their existing user base. The tagline served as an implicit endorsement by users to the friends and family members receiving their emails, making it far more powerful than any billboard or commercial in terms of growth.

Here’s why it is a classic example of a growth hack:

If the Hotmail “Get your free e-mail” tagline is one of the earliest-known growth hacks, then Airbnb is one of the most textbook examples.

Airbnb hacked its growth by effectively piggybacking off Craigslist, a platform with millions of users. When creating a listing on Airbnb, the user was given the option of posting their listing to Craigslist as well.

This tactic allowed Airbnb to simultaneously:

It was so beautiful in its simplicity, and proved enormously effective. So why wasn’t everyone else in the growth-hacking world cross-posting to Craigslist?

There’s a good reason for that and it relates to AirBnB’s this textbook example of growth hacking:

Dropbox is another regularly touted example of growth hacking, no doubt due to the fact that much of their success is due to the OG growth hacker himself, Sean Ellis.

There are many tactics that Dropbox have employed (and continue to employ) that could be considered growth hacking tactics, but for the purposes of this post, we’ll focus on the one that has arguably had the most mileage for Dropbox: the humble referral.

By simply offering users more megabytes of space in return for inviting friends to Dropbox, they were able to grow their user base from 100,000 users to 4 million users in 15 months. The fact that Dropbox still have this referral program to this very day says much about the longevity of this tactic, as does the fact that many other products have adopted the same tactic (Groupon, Uber and Airbnb, to name just a few). 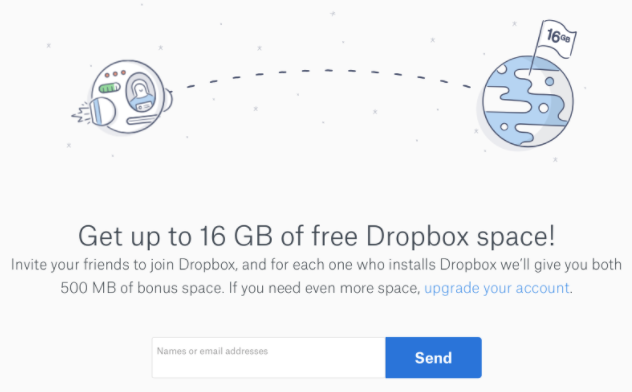 Here’s why it was so effective:

How to growth hack your own business

The great thing about growth hacking is that it often doesn’t require a huge budget – all you need is the creativity to come up with solutions, and the tenacity to keep trying different tactics until you find one that is effective. Sean Ellis defines growth hacking as “a process of rapid experimentation across the full customer journey to accelerate customer and revenue growth” – the key words being rapid experimentation.

Some growth hacking tactics you could try include:

These are just a few ideas to get the juices flowing – remember, growth hacking is about finding what works for you, which these tactics may not. As Ellis says, “Growth hacking isn’t really about an individual silver bullet hack. It’s more about a process of uncovering effective ways to grow your unique business.”

And if you’re really serious about growth, you might even want to consider hiring your very own growth hacker.

Could your marketing team be missing some other key players? Find out with our free ebook: The 5 marketing skills your business can’t do without. Download it now!

By Zoe Palmer in Strategy and planning on January 17, 2018

Fundamentals of AI in marketing

By Zoe Palmer in Strategy and planning on January 17, 2018