The silent killer: how to know if you’re suffering from executive isolation and what to do about it 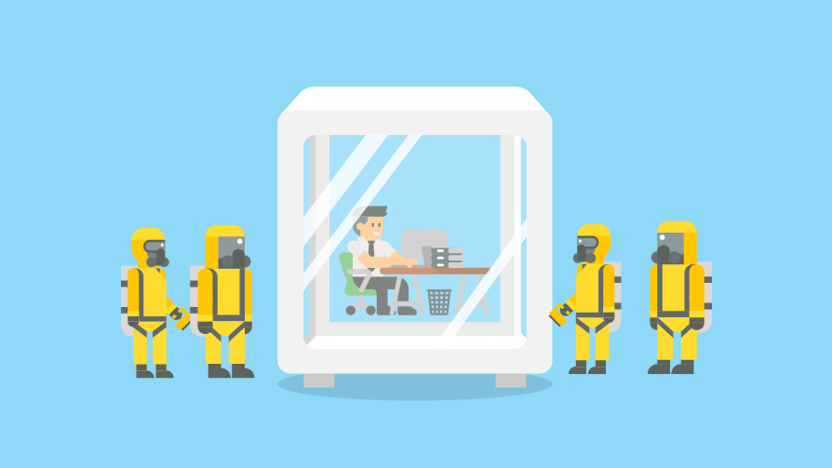 As a business leader, it’s your job to make tough decisions. And in order to make those tough decisions, you need to know precisely what is going on in your organisation, as any decision based on incorrect assumptions could be detrimental. You may think you’re getting the complete picture – but the data suggests otherwise. Could you be suffering from the insidious plight of executive isolation?

HubSpot’s State of Inbound 2017 report exposed a significant discrepancy between what individual contributors and C-level executives think is happening in their businesses. For example, while 21% of C-level executives think their sales team spends more than an hour on data entry and other manual tasks, 45% of sales reps (i.e. the ones actually performing the data entry) say the same. 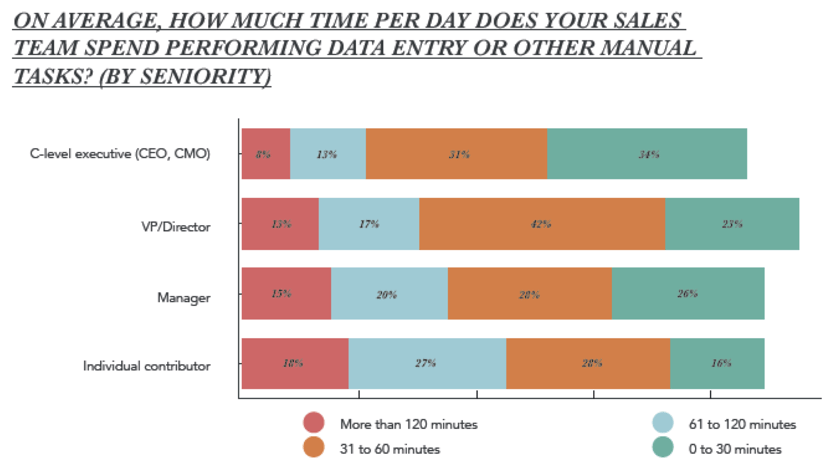 C-level executives were also more likely to underplay the success of the humble phone call while overestimating the impact of social media in connecting with prospects.

C-level executives were significantly more optimistic about the effectiveness of their marketing strategy than those further down the totem pole. 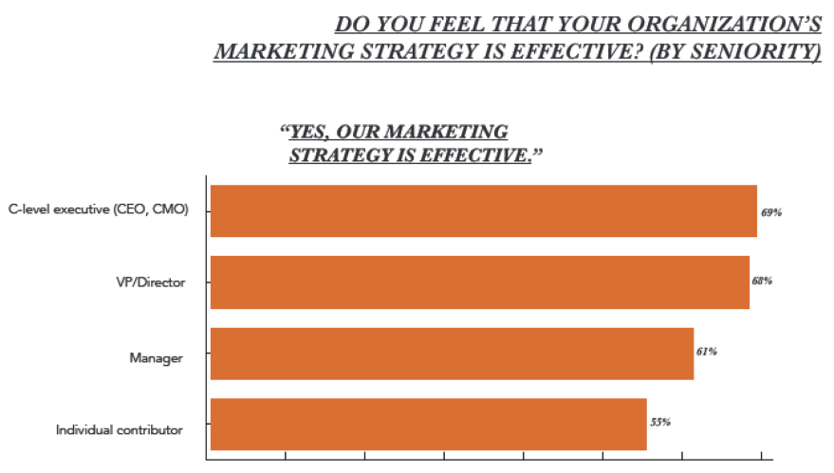 They were also much more likely to describe their Sales and Marketing teams as tightly aligned than the team members themselves.

This data seems to indicate that many higher-ups don’t have the full story when it comes to knowing exactly what is going on in the trenches of their Sales and Marketing departments. More specifically, they seem to think the outlook is rosier than it actually is. This misconception is particularly dangerous, as you may not be seeing the warning signs until it is too late.

You could have it and not even know it!

This data is probably surprising, and that’s kind of the point – executive isolation can happen without you even realising it. As a business leader, your time is precious and your resources are limited, so you’ve got to focus on what’s important. It becomes necessary to get those underneath you to filter out the nitty-gritty details and get to the vital points. You also have to delegate tasks that are of lower priority. Soon, this becomes the norm, and you become more and more distanced from what’s actually happening at the coalface. Before long, your gatekeepers have quarantined you from the raw data you need to do your job effectively.

And let’s just call out the elephant in the room – you’re the boss. It’s not easy to have tough conversations with the boss. Harvard Business Review’s Ron Ashkenas calls it ‘the danger of deference’ – we are taught from a young age not to disappoint or defy those in positions of authority, and naturally take these instincts into the workplace. So your employees will agree, and they will acquiesce, even if they disagree with what you’re saying.

The power imbalance can also be intimidating. After all, you have the ability to directly affect someone’s career. Your employees might worry that you’ll incorrectly attribute any problems to poor performance, or that they may suffer negative consequences as a result of speaking up. A study has also shown that power makes people much less willing to take advice, so they might assume their objections will fall on deaf ears. So when the choice is between implementing an ineffective strategy or putting their jobs on the line, you can guess which course of action they’re going to take.

What are the symptoms?

Though executive isolation is difficult to spot, there are some signs to look out for:

How should I treat it?

It’s easy to get caught up in the many meetings, reports, conferences and so forth that take up your time as a business leader. But in order to break through the isolation, you need to break free of those trappings every once in a while, so you can see what your employees have to deal with for yourself.

You could sign your business up for an episode of Undercover Boss, and spend a few days wearing a bad wig and masquerading as a lower-level employee, but the sudden appearance of a camera crew might tip off your staff.

Or you could take less extreme measures, like occasionally fielding calls from the customer service line, or even taking on one or two clients yourself, so you can learn first-hand exactly what customers think about and need from your business.

You could also institute skip-level meetings, where you meet with lower-level employees, without the presence of middle managers, to discuss the conditions of the business, the challenges those employees are facing, and what strategies they feel might be the most effective. This gives you the opportunity to collect data straight from the source, giving you a strong foundation on which to base your decisions.

Develop a culture of trust

You need to be able to trust those around you to give you the unfettered truth, and they need to trust that you’ll be able to accept bad news and take some pushback with you biting their heads off.

Invite input and encourage people to challenge your thinking. Show that you’re receptive to feedback by taking the time to consider what they’ve said and responding to it, either with a ‘I think that’s a great idea – let’s give it a go’ or ‘I have given it a lot of thought and here’s why I think it might not work…’.

It can be especially difficult for your employees to present you with bad news, or give you negative feedback, so when they do, acknowledge this, and thank them for having the courage to speak with you openly.

As president of Pixar, Ed Catmull, says, “A hallmark of a healthy creative culture is that its people feel free to share ideas, opinions, and criticisms. Our decision-making is better when we draw on the collective knowledge and unvarnished opinions of the group. Candor is the key to collaborating effectively.”

It might sound new age-y, but embracing empathy and vulnerability can go a long way towards changing a company’s culture.

In 1997, Shell began building Ursa, which was to become the world’s deepest offshore well. But oil rigs are dangerous places, and the management had significant concerns about workers’ safety. In an unprecedented move, they brought in a leadership consultant called Claire Nuer, who asked the managers and workers to participate in long intense sessions where the men divulged their feelings, fears and personal lives to each other.

Though this was extremely difficult for the hyper-masculine oil-rig workers, exercising their empathy and vulnerability in this way meant that when they were back on the rigs, they were able to communicate more openly and ask for help more readily. This contributed to an 84 per cent decline in Shell's accident rate companywide. The company's level of productivity in terms of numbers of barrels and efficiency and reliability also exceeded the industry’s previous benchmark.

While you might not want to go so far as to have sharing circles with your co-workers, occasionally revealing your vulnerability will give permission to others to be more open too. Don’t be afraid to admit when you don’t know something, or that you made a mistake. You will come across as a stronger leader by being able to admit to your weaknesses and being willing to address them.

It can be lonely at the top, but it doesn’t have to be. Don’t let the scourge of executive isolation infect your business – take preventative measures today!

Want the unvarnished truth? A good inbound marketing agency will tell it like it is. Download the 7-step checklist to choosing your inbound agency today.